Introducing Official Editions: WHAT IS AN OFFICIAL EDITION?

Welcome to your new place for book recommendations! OFFICIAL EDITIONS

This project began weeks after I had to buy the same book THREE times to have a proper version (De Re Militari, Vegetius). The first one had 16 pages of prologue, introductions, and comments that couldn't be more boring if they tried. On top of that the print was too small to read well and it was missing 25% of the book because apparently they decided people wouldn't be interested in siege and naval warfare for some reason. 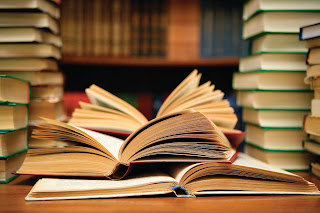 The second edition I bought had all the chapters from the original work, but every Latin word carried a footnote with a lengthy explanation that sometimes occupied MORE SPACE than the actual text of that page. The third edition I bought, I got it after asking a colleague at the university… It turns out everyone at the department knew what an official edition was except me. It basically solved all the problems of the other two editions I had bought. To be considered "official" by the publishers and retailers, the edition has to follow a strict set of rules, that include, but are not limited to the following:


1. The book has to be complete, without censorship or missing parts.
Imagine reading the diary of Anne Frank in high school and finding out years later that 15% of the text had been censored for high school editions because it contained references to her body developing that some bureaucrat found distasteful. Could we say we have read the real book?


2. An official edition can't have prologues that weren't in the original book.
Too many literary "experts" see prologues as a way to show us how much they know about an author or to push their personal opinions forward, tainting the reading before we even start. So official editions don't allow any type of prologue.

3. The book can't contain commercial information.
It must contain the title, author, short and limited copyright data, and can't have commercial information or advertise the publisher/editor or any of their logos, websites, or services. This is another obstacle for publishing companies to choose to produce an official edition. There is little credit or recognition to be had, and nowadays that's a deterrent for any business model.


4. The print must be big enough to read comfortably.
Publishing companies prefer to cram as much text as possible per page because printing costs are lower and they get higher profits that way. Official editions require a font size comfortable enough to read, which is why not many publishing companies favor official editions. They are more expensive to produce and less profitable for them.


5. The fonts are limited to a few types that are clear and easy to read.
Narrow fonts allow more text per page, but the experience for the reader gets affected negatively. Limiting the fonts to those that are proven to be preferred by readers is another requirement for a good edition to be allowed on the market.

6. There can be no footnotes or external opinions about the content.
Classic or historical books tend to be controversial. Footnotes used to be helpful, but in the last decades they have become more opinionated than truly informative. In the age of Google, it doesn't make much sense to interrupt the text when people can just search for anything they wish to know.


I will focus on those classics that have received an official edition by some publishing company, as long as they meet all the criteria and the book is both popular and well written. I will try to mix the publishing companies and to use different lists so that not to have any bias.
best books edition official what
Location: 1505 Maine Ave SW, Washington, DC 20024, USA 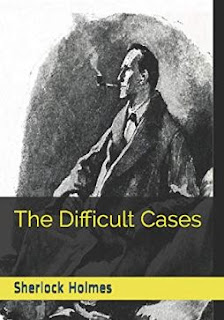